This year’s ring camp on Chituc Spit ended abruptly due to a vegetation fire that endangered our nets, the camp and our volunteers. 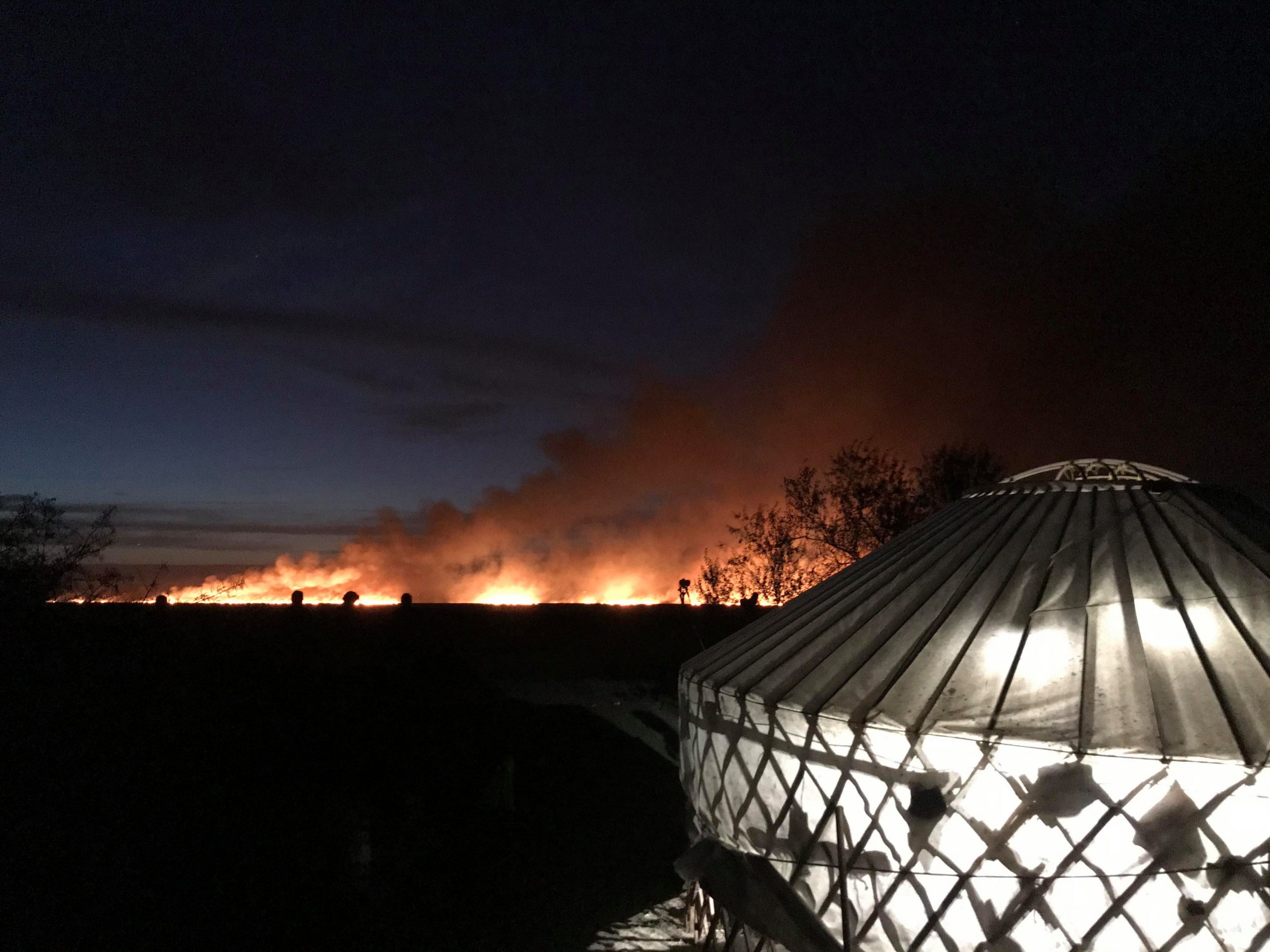 The fire broke out on October 14, near Vadu. Although it was initially extinguished by firefighters, it reignited after a short time and spread rapidly. The southern wind brought the flames along the shores of Lake Sinoe next to the camp on Friday, October 16, and spread further north at night. After the wind started to blow from the west and the flames got closer to the camp, we decided to finish the ringing activity and evacuate the spit. Thus, we ended the 2020 edition of the ringing camp two weeks earlier than we would have hoped to do so, ringing a total of 9253 birds belonging to 104 species. The most abundant species caught this year were: the red-breasted flycatcher (1531 individuals), the willow warbler (1270) and the chiffchaff (870).

Among the rarities caught this year we mention the yellow-browed warbler (5 individuals), greenish warbler (2), Pallas’s leaf warbler (1), green warbler (1) and the little bunting (1).

Fires caused by irresponsible people, unfortunately, are common throughout Romania. Awareness of the dangers of open fires and left unattended is lacking, often people do not even know that it is illegal. It is our duty, but also the duty of the state to act more concretely in the efforts to inform people. The Chituc spit, as well as other protected areas have been devastated by flames multiple times. Along with reeds, the smoke and fire demand a tribute of insects, and probably also of micromammals, amphibians and reptiles. Moreover, migrating birds would use these habitats as refueling stations on their way to Africa. Another major disadvantage of these fires is that they release a large amount of CO and CO2, which is stored in the dry vegetation, contributing to the accumulation of greenhouse gases in the atmosphere, and accelerating climate change.

2020 was not easy year from any point of view, but we managed to organize the camp respecting the hygienic-sanitary norms imposed, continuing our study of songbird migration for the seventh consecutive autumn. We are deeply grateful to our volunteers, and we are aware that without their help this camp could not exist. We also thank the Administration of the Danube Delta Biosphere Reserve for the excellent collaboration we have, we are glad that our work enjoyed their support in the previous years, and that they are our partners for the years to come.

A stork with colour ring is “visiting” the nest. Will it occupy the nest?

The 2012 events from the stork nest with web camera