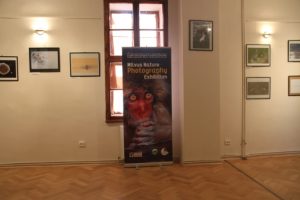 From 16 countries 631 works of 98 photographers were sent to the 5th International “Milvus” Nature Photography Contest. From these photos 48 were selected and exposed on the 16th of November 2013 in the History and Archaeology Museum (inside the Medieval Fortress), Tîrgu Mureș.

We gladly invite you to attend the exhibition of the amazing pictures in the following 3 weeks! Looking forward to see you! END_OF_DOCUMENT_TOKEN_TO_BE_REPLACED