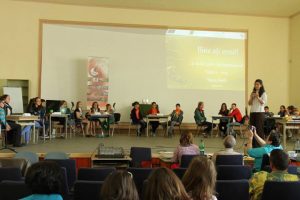 After the success of the first edition of the “I also take part of Natura 2000 contest” the second edition was launched in October 2013.

This year more than 200 pupils registered, and 129 pupils from 8 schools managed to finish the first two stages of the contest. In this edition children from the Hârtibaciu – Târnava Mare – Olt Natura 2000 sites had to solve two complex tests, which contained information about protected species from their localities, nature conservation concepts, local traditions, popular traditions and owl pellet analyses. 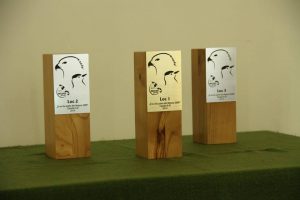 The winning teams were invited to the final contest, which were held on the 17th of May 8 teams from II-IV grades, and on 24th of May 7 team from V-VIII grades and took place in the “Ilarion Cocisiu” House of Culture from Agnita (Sibiu county). Milvus Group had arranged various interesting missions and tasks for the teams, but the pupils also had to be prepared for the final: they had to prepare a flag for their team, present the most beautiful place from their locality, drawing a house with economical energy, present nature protection actions, count White Stork and swallow nest in their locality, recognise species and prepare an advertisement for an animal or plant. 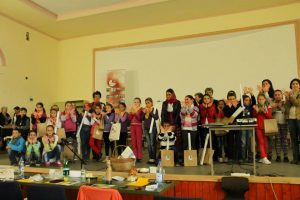 From the V-VII grades, the team from Jibert won the first place, while the second and third places went to the teams from Mediaș and Agnita, respectively. Each team from the final stage of the contest was rewarded with a 6 day session similar to last year’s, organized by Milvus Group. 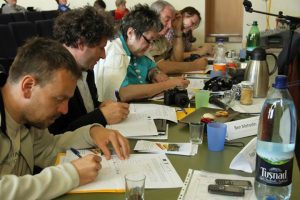 The participants, the jury and the organisers had great time and learned lot of valuable things. Thanks for everyone who took part on the contests!

These contests were organized as part of “For nature and local communities – the bases for a Natura 2000 integrated management in Hârtibaciu – Târnava Mare area” project, co-financed by the European Union Regional Fund (SOP), implemented by WWF Romania in partnership with ADEPT Foundation, Mihai Eminescu Trust, Environmental Protection Agency Sibiu and EcoTur Sibiu (http://natura2000transilvania.ro/).

Click for more photos from the contests of the II-IV grades.

Click for more photos from the contests of the V-VIII grades.