[singlepic id=771 w=320 h=240 float=left]The study of migrating birds has always been among the primer activities of Milvus Group. In the past years we organised several camps with the aim of indentifying the migration period of different raptor species. In this consideration the camps organized in Măcin Mountains, during 2002-2007, were the most important.

Last year (2010) we proposed a new objective: to indentify the migration routes of raptors in Dobrogea. These new information will help us understand the possible negative effects of existing and planned wind farms on migrating raptors.

In 2011 we made observations in the southern part of Dobrogea. The observations were made simultaneously in 13 observation points during between 19 September and 1 October: Capidava, Allah Bair, Pantelimon, Dobrogea Gorge, Gura Dobrogei, Ostrov, Bugeac, Lipnița, Ion Corvin, Șipotele, Negrești, Amzacea and Techirghiol.

The period of the studies was chosen in such a way to overlap with the main migration period of one of our key species in raptor conservation, the Lesser Spotted Eagle.

In addition to the species listed in the tables below, birds considered rarities for the country were also observed. In 2011 two individuals of  Eleonora`s Falcon (Falco eleonorae) were observed at Amzacea and Bugeac observation points, one Pallid Swift (Apus pallida) at Amzacea, one Buff-breasted Sandpiper (Tryngites subruficollis) at Techirghiol, which was observed for the first time in the country and one Eurasian Dotterel (Charadrius morinellus) at Gura Dobrogei. 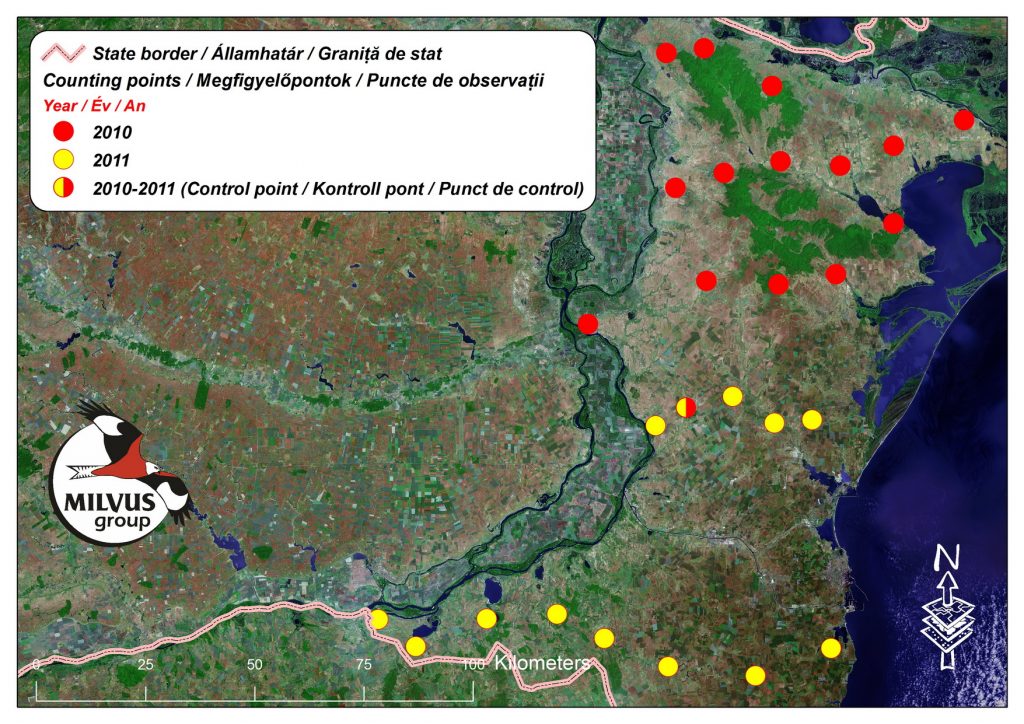 All these data collected during the camps are very important in the conservation of migrating birds and the habitats they use during migration. We would like to thank those who helped us organize these camps: