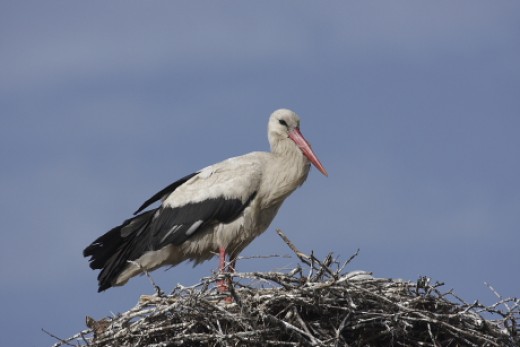 Fotó: Orbán Zoltán
This winter we have been contact more often than ever before by people who seeing White Storks on the field or on the nest. They call to ask for our help to save the bird. But mostly these birds are healthy and they don`t need our help. END_OF_DOCUMENT_TOKEN_TO_BE_REPLACED
Continue ReadingHealthy Storks miss migration and stay in Romania for winter
In the past days members of Milvus Group and employees of the Saker Falcon conservation project were contacted by employees of the Mureș Floodplain Natural Park because of a Saker Falcon they had at their office. After members of Milvus Group arrived to the office of the Natural Park they realized that the bird is a juvenile male Saker Falcon, which was found 3 weeks ago by a person on a field near Arad, as told by the employees of the Natural Park. The person realized that this was an injured raptor and took it to a small animal clinic. The bird underwent a routine medical examination but had no injuries or fractures. However it doesn’t show any signs of being capable to fly. At the moment the bird is on its way to the Rehabilitation Centre of Milvus Group from Tîrgu-Mureș, where it will be examined again and treated adequately until complete recovery. Hopefully we are only dealing with a weaken bird, as it happens sometimes when they do not eat normally for a couple of days. END_OF_DOCUMENT_TOKEN_TO_BE_REPLACED
Continue ReadingFirst steps taken to rehabilitate a juvenile Saker Falcon

From June 2012 a new journal will appear on our webpage about our activities in our Rehabilitation Centre which will be published every two months. This will contain information about…

Continue ReadingNews from the Rehabilitation Centre