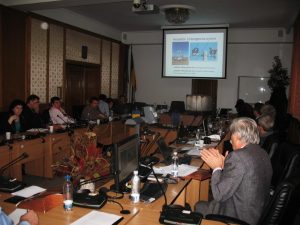 Overhead power lines have a strong influence on wild bird populations. In some cases this influence is a positive one, like in the case of Saker Falcon population from the Carpathian Basin, which breeds mostly on high voltage pylons. Unfortunately negative interactions are more frequent than positive ones, because tens of thousands of birds die yearly by electrocution on the medium voltage pylons. Electrocution is one of the most important risk factors for White Storks and many raptor birds. At the same time bird electrocution on pylons generate lots of power-cuts for the electricity suppliers, thus both parts are interested in resolving this problem. END_OF_DOCUMENT_TOKEN_TO_BE_REPLACED