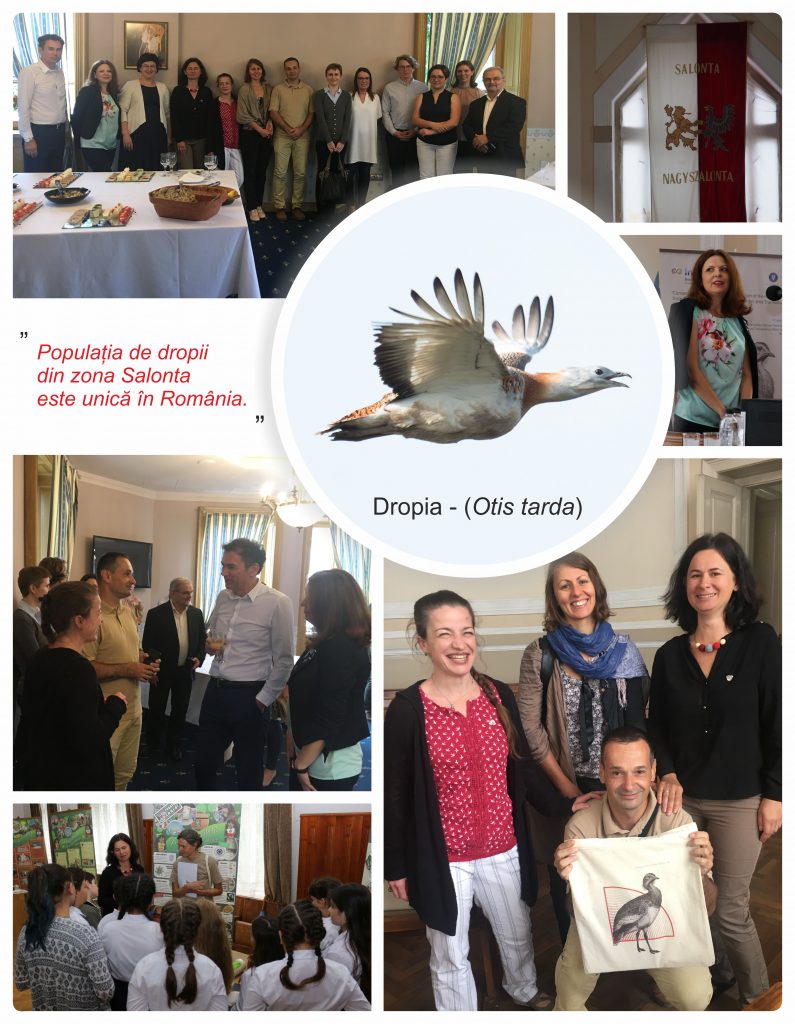 Six years ago, we couldn’t have imagined making a partnership with the City Hall of Salonta (Bihor, Romania) for the conservation of the Great Bustard. Not to mention on the municipality’s own initiative! Nonetheless, this is exactly what happened. We are thrilled that the project „Conservation, protection and promotion of natural values in the Salonta-Békéscsaba cross-border area (ROHU-14) – The Nature Corner” has seen the light. At last, we have the opportunity to attend to this species just like we wished for many years ago and just like it deserves to. According to the International Union for Conservation of Nature (IUCN), the Great Bustard (Otis tarda) is a globally vulnerable species, already extinct in many European countries where it used to be native. In Romania, the species knew a massive decline starting with the 1920s. Thus, in the last few years, one could see great bustards in Romania only in the Western Plains. END_OF_DOCUMENT_TOKEN_TO_BE_REPLACED

Continue ReadingThe Great Bustard, on the threshold of conservation