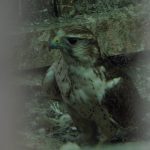 The number of birds arriving at the Rehabilitation Centre has increased considerably between April and June. The majority of the newcomers are young fledglings, from species whose main developmental period spans spring and early summer.

In this period, 43 people asked for our help with birds they had found. Besides the 8 birds which were already in the Centre, we received 38 birds – 2 White Storks, one Grey Heron, 3 Common Buzzards, one Eurasian Sparrowhawk, 6 Kestrels, 10 Little Owls, one Ural Owl, 6 Long-eared Owls, one Great Spotted Woodpecker, one Eurasian Collared Dove, one Eurasian Jay, one Common Starling, one Rook. This gave a total of 46 birds receiving treatment. From these, 8 received surgical interventions and 6 birds received medication. While 5 birds perished, 25 birds recovered, of which one was transferred and the rest were released. 15 birds remained in the Centre.

We are particularly pleased because the number of released birds increased compared to the deceased ones – out of 65 treated or helped birds only 5 individuals perished. One of the most difficult problems we encountered in this period was of people taking chicks which had fallen out from their nests back home with them home with them, rather than placing them back in their nests. Although an act of good intention, trying to raise young, wild chicks at home without the necessary knowledge of how to feed and keep them often results in death or damage to the bird.

The following birds were treated during April-June 2013 (the birds helped by giving advices through phone are marked with an *): 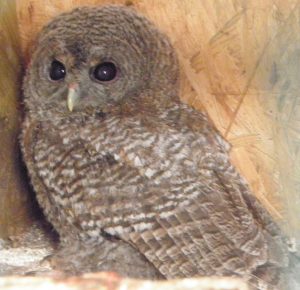 We would like to thank those who asked for our help and especially to veterinarians Levente Borka from Tîrgu-Mureș and Lóránd Köbölkuti from Merești for their fast and invaluable help.

In the name of the Rehabilitation Centre,
Róbert Zeitz