The Red-footed Falcon (Falco vespertinus) is one of the main target species of the Milvus Group’s raptor conservation activities. We had several projects focusing on the protection of this small size falcon, the international LIFE program being one of them. Within this project we began to monitor the autumn roosting of Red-footed Falcons. This species breeds in colonies and it’s gregarious during migration as well. They form night roosts from the end of August to the end of September/first days of October, and several hundreds of birds (sometimes above one thousand) can gather at one single roosting site. These places are usually small tree patches or roadside trees.

To avoid double counting, all the known roosting places from the Carpathian Basin (western Romania, Hungary and northern Serbia) are visited at the same day of every week. This year counts were not exceptions to this rule, the Milvus Group’s specialists and volunteers, together with our partners from MME/BirdLife Hungary and the Bird Study and Protection Society of Serbia, have followed the dynamic of the Red-footed Falcon population during the pre-migration period. There are five main roosting places in the Western part of Romania we tried to visit every Wednesday evening or Thursday dawn. This autumn proved to be quite different compared to our experience from the past years for most of the Falcons chosed to spend the nights at roosting sites from Romania besides of Hungary. Regularly in the first part of the pre-migration period (August – first half of September) Red-footed Falcons occur in higher numbers in Hungary, in Romania they use to reach maximum levels mostly in the second half of September, when huge amount of birds start to migrate from Hungary towards south.

For some reason we do not fully understand, this year the major part of the Red-footed Falcon population from the Carpathian Basin roosted in the South-western part of Romania, and we noted record numbers for our region. Through the table and diagrams below we present our data collected during the pre-migration period in 2012, aiming to make easier to understand the dynamics of roosting “redfoots” for each site from western Romania, and generally compared to the data collected in Hungary. Similar activities are expected to be continued in the forthcoming years! 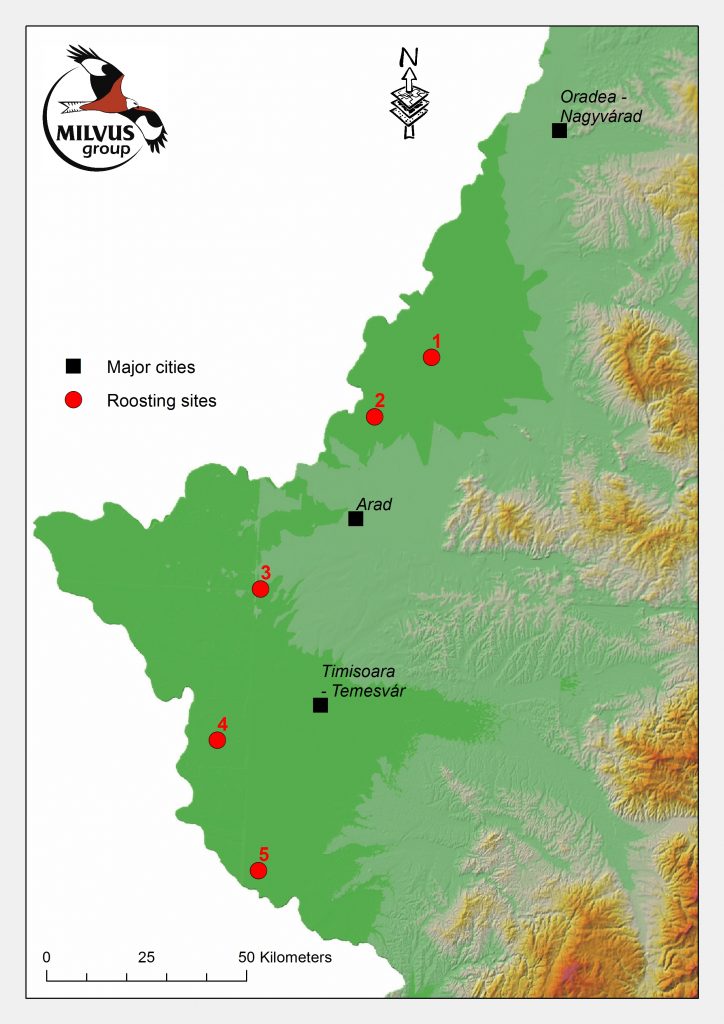 The online return of the Kestrels

Our ringing activity in 2018