The Lesser Spotted Eagles, the Rollers, Red-footed Falcons, White Storks and other migratory birds are on their way to the nesting areas in Europe. We expect to see them in Romania, from April, but the first storks can be seen already this month.

The migration routes of these birds are different but also alike too! Here are a few:

Arlie, on the road!

Arlie, the Lesser spotted eagle (Aquila pomarina), equipped with a satellite transmitter started spring migration exactly the same day in which he started last’s year, February 8-th. The bird is now in Ethiopia.

Initially, 22 transmitters were mounted within the project “LIFE08 NAT / RO / 000501 – Conservation of the Lesser Spotted Eagle in Romania” meant to implement various measures aimed at conserving the species. The project was implemented in partnership by the Environmental Protection Agency Sibiu “Milvus Group” Association and the Romanian Ornithological Society. Only two of the birds with transmitters could still be traced in the 2015’s autumn migration, unfortunately one of them – Erika – probably died in Botswana in January 2016.

Eagles go through an average of 9,000 km in 80 days to reach their wintering grounds, but spring migration can be shorter with two weeks!

From the scientific observations provided by transmitters in recent years were observed several obstacles on their route: for example, the Sinai appears to be a geographic trap where, usually, only the young, inexperienced birds enter, whereas adults – experience – bypass the Gulf of Suez north of the city of Suez. Instinctual young birds fly down south until they reach the tip of the Sinai Peninsula, where often fail to cross the Gulf of Suez (20-30 km wide), exhausted they gather at the Sharm-al-Sejk’s sewage plant (a source of freshwater) where many die from lack of food. An eagle – Jakab – has chosen an interesting route to pass over the Arabian Peninsula and entered the African continent through the Strait of Bab el Mendeb.

If everything goes well, we expect Arlie to arrive to its nest in the Făgăraș Mountain’s foothill in early April!

Rollers have a rest break in the Sahel! 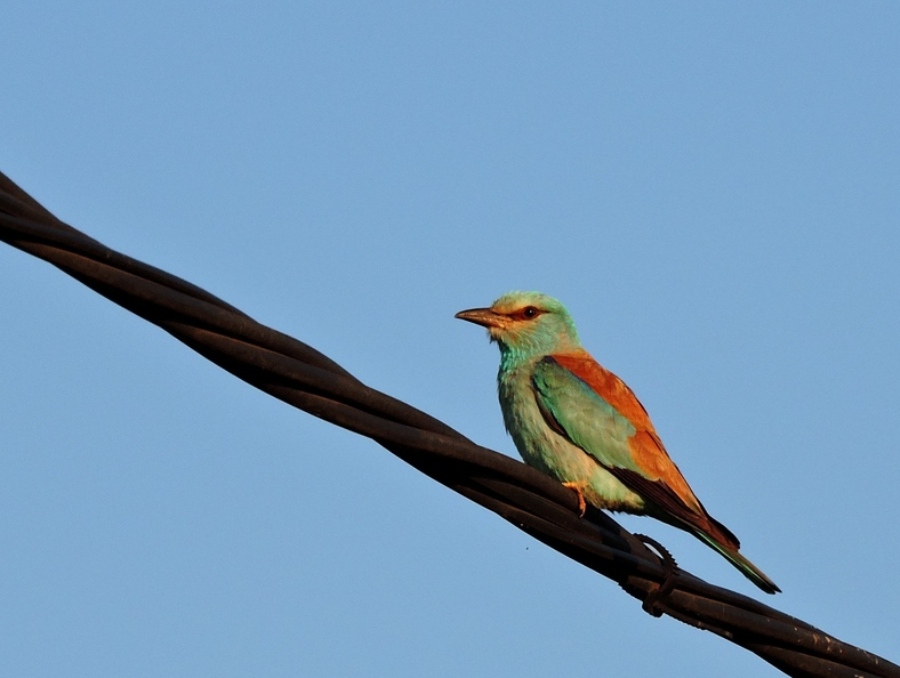 Two European Rollers equipped with satelitte transmitters in Hungary under the Romanian-Hungarian “Conservation of the European Roller (Coracias garrulus) in the Carpathian Basin (LIFE13/NAT/HU/000081)” project, have provided researchers interesting information about their routes. They traveled through Greece, Serbia and Balkans and crossed the Mediterranean to Egypt.

They chose to spend a month (end of September – end of October) in the Sahel (the border between Chad and Sudan), a green savanna, grassy, ​​perfect to renew the energy resources needed for the road! After a month and a half break, the birds flew to their wintering areas in Namibia and Botswana). We expect them to start their route to their nesting places at any time. The Roller population from the Western Plains is estimated to a hundred pairs considered a vulnerable species. In Europe, about 40 percent of the populations of this species have disappeared in the last 50 years.

The route of the European Rollers can be followed here. 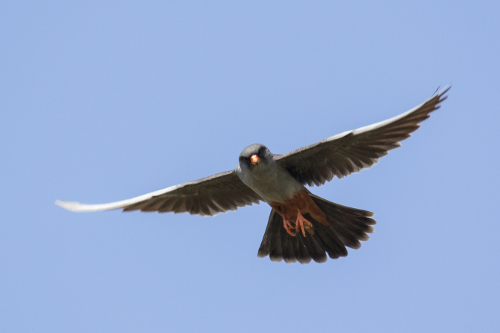 The smallest birds of prey in our country, before they set off to their way to Africa, gather in the pre-migration areas. These are traditional territories, unchanged for years, in which hundreds or sometimes even thousands of individuals gather to sleep together.They migrate to wintering grounds in southern Africa without following well-defined routes. At the moment, you can follow the migration of the three birds equipped in Romania with transmitters.

In mid-April, Red-footed Falcons returns to Europe, lodging clutch (2-4) only occurs by mid-May.

Last year, the web camera installed in the Dumbrăvioara was a great success! During hatching, more than 9000 people have viewed the web stream to watch, live, these birds life.

The good news are that they are on the way!