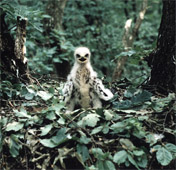 The Lesser Spotted Eagle (Aquila pomarina) is a recently declining large size diurnal raptor. It is unique among the eagles, as this species is the only representative of this group which has its global population concentrated mainly in Europe. The Carpathian Eco-region holds approximately 20 percent of its global population. Its conservation status and its large size territory make this species ideal to be used as flagship species for biodiversity conservation in this region.

With the financial support of the Carpathian Eco-Region Initiative (CERI), the “Milvus Group” Bird and Nature Protection Association initiated a one-year project for the assessment of the possibilities to use the Lesser Spotted Eagle as key species in the nature conservation of the region. 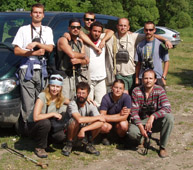 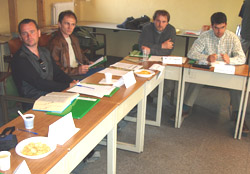 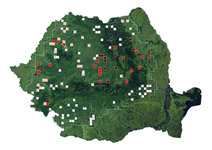 The acquired informations during the project were used to prepare a Life Nature project proposal for the Conservation of the Lesser Spotted in central Europe.

We thank the Slovakian, Hungarian, Czech and Polish partners for their help during the fieldwork, and also the CERI for the financial support!